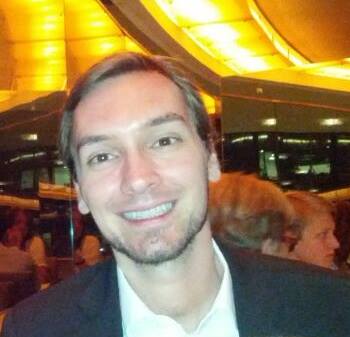 I have a PhD in applied mathematics and worked as member of multi-disciplinary research teams of international experts both in Europe and the US.

My areas of expertise include

I have multiple years of experience working in research software development, computational biology and biomedical research

I was trained in numerical mathematics with a strong focus on parallel programming and high-performance computing for biomedical applications. I have worked in interdisciplinary research teams establishing productive collaborations with experts from various fields, including clinicians, physicists and biomedical engineers. I have multiple years of practical experience designing, implementing, and executing complex research projects involving numerous contributors across multiple disciplines and research sites.

I joined a model development research group during my undergraduate training and analyzed an optimal control formulation based on cybernetics to stabilize a model of the human cardiovascular system under hypovolemia in my diploma thesis. This work was published as book by VDM.

After graduating with honors I joined the special research center “Mathematical Optimization and Applications in Biomedical Sciences (MOBIS)”. With its strong focus on mathematical imaging the MOBIS research center offered a unique interdisciplinary environment for my doctoral research which involved close collaborations with clinicians, physicists and biomedical engineers.

I finished my postdoc and assumed a position as research scientist at ESI. I worked on data-mining and pattern recognition problems in a big data context, applied stochastic optimization techniques to machine learning approaches and designed algorithmic strategies to partition complex networks.

I subsequently transitioned to do research software engineering full time and started a scientific software consulting business. My clients included companies in the US, Canada as well as Germany. I was hired to kick-start the development of a data analysis framework for electrophysiological recordings in Python which became SyNCoPy and led me to start a position as Scientific Software Developer at ESI.

I have mainly written open-source software which is publicly available. The majority of my current codes are hosted in repositories of the esi-neuroscience organization on GitHub.

I have authored multiple research articles that were published in peer-reviewed scientific journals and I have presented my work at professional meetings and research institutions.